This past summer we moved to Northern Virginia (just outside of DC) for a job my husband took. Between house shopping, the Holidays, and just getting settled in our new house, we are finally ready for adventure and exploring the area. One benefit to living in the DC metro area is that it is central to the East Coast. New York, Philadelphia, the Appalachians, and the Outer Banks are all just a half day's drive.

The other week my brother-in-law had a work conference in Philadelphia. And since it is only 3 hours from us, he decided to fly himself and my eldest niece into DC for weekend before and then drive up to Philly. At the end of his conference, we had planned to met up and spend the weekend in Philly. So come Saturday morning, we headed north … in a "surprise" winter storm. It was glorious chaos. It was meant to be a whirlwind trip, 36 hours exploring the historic city. The snow and wind was an added bonus to the mess.

Our route should have taken less than 3 hours, but due to visibility it was closer to 4 hours. Our path took us through 5 states. VA-DC-MD-DE-PA-NJ (bonus).  For about 5 minutes, I was in Delaware for the first time.

Other than the storm, another hiccup to our plan was that just as we pulle dup to pick up my brothe-in-law, my daughter threw up all over herself and jacket. Although he had already checked out, the hotel was nice enough to allow us back into his room to get her cleaned up and changed. Shout out to Courtyard at Valley Forge! She felt so much better after she emptied her tummy and was all cleaned up. Luckily, it was just something she ate and not actually a bug.

I have made a list of 10 things that made Philadelphia fun to visit in 36 hours. This is not a concise list, but a list of things that stuck out to me as I reflect on our visit. We hope to visit again to explore areas that we were not able to see this time around.

This will always be number one. I have flown into the Philly airport, but never visited. I have driven through on our way to New Jersey. I also seen it from the across the river in New Jersey as we have friends that live in National Park, NJ.

Being able to visit a city that holds so much of our country's history was exciting and sobering. Walking the streets that many of our founding member have was moment in time for this history major; to stand where Abigail Adams has stood, and at the house the Declaration was penned.

This one tops my list, food is second, but I will get to that down the list. As a history major, I love the history of our country. The Liberty Bell is so iconic of the American Revolution that it was a profound moment for me.

On our next visit to Philly: The Justice Bell, which is a part of American History that impacted me more.

This Park is a part of the National Park Service and oversees Independence Hall, Declaration House, and the Benjamin Franklin Museum. Although many place were closed due to the winter storm or by the time we were able to walk around the area near our hotel, the awe of just being there was still present.

Philadelphia hosts the second oldest St Patrick's Day Parade in the country, just behind New York City. This year celebrated their 250th Anniversary. And with missing 2020 and 2021 due to the pandemic, they definitely planned big. We were lucky enough to be staying two blocks from the grandstands as it was on the grounds near the Liberty Bell. We ended up in the stands across from the Grand Marshall.

The media was estimating 4 hours for the parade, however, our band of travelers only made it two hours. Between the cold (25F, felt like 17F), the time change, and my daughter still not 100% (she actually fell asleep in my lap), we headed out to see more of the city from the warmth of the car.

5. Running the Steps at the Museum of Art. Yo Adrienne!

We introduced our kids to the Rocky movies in early 2021. My son (13) absolutely loved them, although my daughter (9) did not, but visiting the steps of the Philadelphia Museum of Art was still a must. My daughter as our artist in residence was disappointed that we did not go inside due to time constraints, so it is left for another trip.

Our first eatery was not in Philly, but in Collegeville where we met up with my brother-in-law. The Collegeville Italian Bakery Pizzeria Napoletana was "a cornucopia of Italian delights" per my husband. We tried Detroit-style pizza, roast pork sandwiches with broccoli rabe, and cheeseburgers the size of my daughter's head. The food was good and prices did not hurt.

Cheesesteaks are AN ABSOLUTE MUST when visiting Philly. The place my brother-in-law scoped out was closed due to the weather on Saturday. We found a place near our hotel on his list of cheesesteak places, Oh Brother in Historic Philly. The overall consensus was that it was fine for cheesesteaks, but I did not get a cheesesteak, I got the French Onion Burger and that thing was DELISH! Add the truffle parm fries, and Oh Em Gee!

Our second attempt at cheesesteaks was Dalessandro's in East Falls. Those things were not only delish and everything I thought a cheesesteak would be; it was huge. It was big enough for me to share with my husband. He didn't get one since he knew I wouldn't be able to finish mine, and he was secretly hoping my son wouldn't be able to finish his pizza cheesesteak. I got mine with bell peppers, mushrooms, and fried onions.

Unfortunately, due to the storm, the visitor center was closed, but we were able to drive to the Memorial Arch. The wind had decided to join us as we exited the car, so it was a quick look around and picture taking moment. It didn't help that my daughter's jacket was out of commission, but luckily her brother offered up a hoodie to go over hers.

Sometimes, I am so engrossed in looking around that I forget that I also need to be paying attention to the GPS. We get some side adventures quite often to much of my husband's annoyance. This time was no different our exit off I-676 was before the Benjamin Franklin Bridge. A Toll Bridge. To New Jersey. For a $5 return. One point for Side Adventures.

Normally, my side adventures can irk my husband. But this time, he couldn't get mad, because he made the same mistake when they tried to go get cheesesteaks for dinner.  Another $5 and another point for Side Adventures.

Despite our plan having to be adjusted due to the surprise storm, this trip was an amazing whirlwind of 36 hours in a new city with family. I can't wait to explore more next time.

What are some of your favorite things to do, eat, or see in Philadelphia?

Popular posts from this blog

Welcome to the Mess! 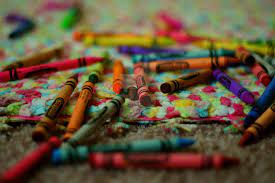 Fact: Life is messy. Nothing about life is clean and smooth. No matter how neat and organized you are today, life has a way of completely and utterly changing in a split second. Fact: Life is beautiful, in spite of the mess and because of the mess. Some of the most awe-inspiring pictures of life are in the mess of life. A picture of a tornado ripping through the landscape, the explosion of a volcano, a solar flare, the chase of a lion after a gazelle, and the first picture of a new life. This blog is a journal of a messy life trying to find the beauty in it all. I am not perfect, in fact, I am no longer trying to be. I want wonder, sanity, and fun. I want to stress over the perfect tickles, not the perfect hospital corners. I want the beauty in the mess.
Read more

The 2022 Reading Plans of a Girl Boss 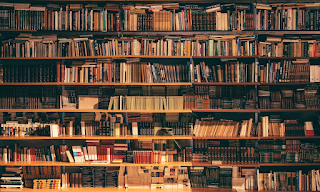 "I may have girl bossed a little to close to the sun..." At the beginning of 2021, I received my new kindle. I hadn't really read for fun in quite a while and wasn't even sure what I liked to read anymore. I decided to get a Kindle Unlimited account and set my reading goal to 100 books for the year. I honestly didn't think I would even make it to that. But half way through the year we moved out-of-state and I found myself with a heck of a lot of time on my hands. I ended up surpassing my goal by 75% according to my Kindle Reading Insights. This did not include any printed books or other eBooks and stories I read by other means, e.g. Book Funnel and Wattpad.  Fast forward almost a year... During the last week of 2021, a few of my favorite authors were taking part in a giant book giveaway.  And when I say giant, I mean around 500 eBooks were free. I ended up downloading almost 300—I was a bit picky—onto my Kindle. Now I have way more than I need, not to mention all
Read more

Travel Planning is My Happy Place 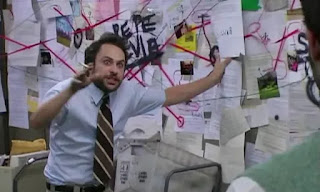 I am planner. I love having a plan, even at the most base level. I do this for almost everything. And I do this because, once you have a basic plan, you can build and shift as the situation needs.  One of my favorite things to plan is travel. I can't tell you how many trips I have planned for my family that may never come to fruition, but I enjoy it immensely.  Travel planning is most definitely the biggest rabbit hole for me. I start planning one trip and three more are born. If we were to do all the trips in my notebook, we would be busy until 2030. (Which one trip is scheduled and actively being planned for that year already.) The hardest thing about daydreaming travel is being realistic about how we can travel. I would live full-time in our RV if I could, but that's not realistic. I would take my kids to everything that is available to do and see (and eat!) when we do travel, but that's not realistic. Reality is hard and no fun sometimes.  We have a few major trips comi
Read more